Z/Yen’s Seasonal Party Ends With A Brawl, In The Guildhall

It has been a Z/Yen tradition from the very beginning for Z/Yen folk to gather for a festive meal. Other traditions of long-standing include Secret Santa, a seasonal quiz, plus the singing of a Z/Yen-themed song – click here to see this season’s effort plus lyrics going back to the dawn of time. Fans of Z/Yen seasonal lyrics might notice that this year’s lyric is largely recycled from 2009.

This year the event was held as a private function at the Guildhall, thanks to the good offices of our resident Alderman Professor Michael Mainelli.

So will Z/Yen ever be welcomed at the Guildhall again, given that the event ended with a brawl? That sounds like a very messy, un-Z/Yen-like way to end a party.

Ah, but please let Now & Z/Yen explain, a brawl (or branle, as it is written in the original French) is a country dance from the Renaissance period. While Ian Harris was researching this year’s festive lyric, he recognised that the tune, which many of us think of as “Ding Dong Merrily On High” is actually a Renaissance dance tune, “Branle de l’Official”, from Thoinot Arbeau’s 16th century book of dances, “Orchesography”.

You can see a video of people attempting that very branle on the following YouTube clip at 2'45" – click here. You can see and hear several other Renaissance dances if you persevere with that video from start to finish.

Ian Harris remarks that, when he saw that video, his first thought was, “the Branle de l'Official is so easy even I could dance it…in fact, even I could teach it”. His second thought was, “I’d like to start a brawl in the Guildhall and get away with it”.

So after singing Z/Yen's lyric to that 16th century tune, almost all of the Z/Yen folk also participated in a brawl - i.e. a country dance.

Ian Harris plans to continue the theme of recycling “Branle de l’Official” next year, as, by coincidence, Thoinot Arbeau, like Sir Thomas Gresham, was born c1519. So we expect to see more of this song and dance as part of the Gresham 500th anniversary celebrations next year. As Sir Thomas Gresham might have said, “bad lyrics drive out good”, or even "bad dancing drives out good". 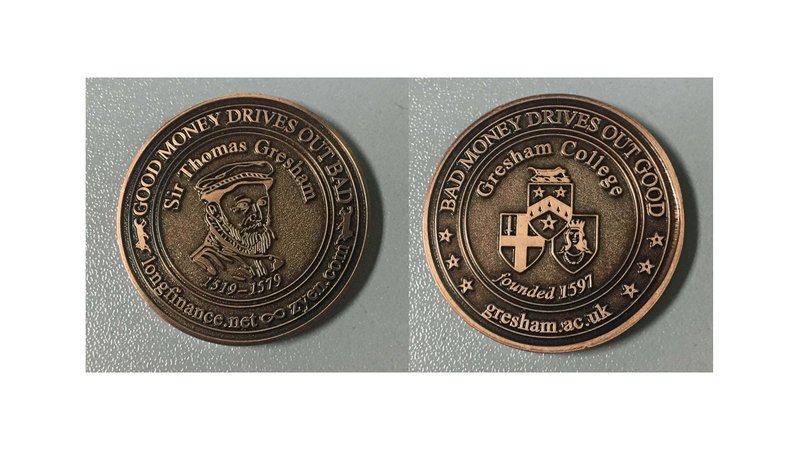