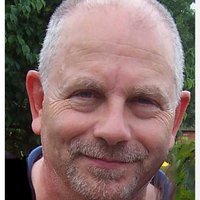 The Z/Yen team was shocked and saddened to learn that our friend and colleague, Professor Mike Smith, died suddenly on 12 November 2020.

Mike began working with Michael Mainelli in the late 1970s in Geneva and has been associated with Z/Yen since the very early days of our existence. His first Now & Z/Yen mention was more than twenty-five years ago; in the June 1995 edition. Mike's first Z/Yen assignment was alongside Ian Harris at Cancer Research UK. After a few assignments on an associate basis, Mike joined Z/Yen as one of our first "most-of-a-post" employees, while also taking up a part-time professorship at QMW (now Queen Mary University of London).

One of many highlights, in that period just before the turn of the century, was the seminal work Mike and Ian did with The Children's Society, where Mike's innovative distributed ledger systems architecture underpinned the initiative described in the much cited "evidence of worth" paper for the charities sector and was one of the earliest known examples of blockchain/distributed ledger architecture anywhere. The same architecture powers ChainZy today.

After leaving Z/Yen's employment to start Medix, Mike remained an associate, a trusted colleague and friend of Z/Yen. He retained the rights to the robust core of the research software he designed for Medix, fm2x, which Z/Yen in turn has used as the core of much of our research work. Mike also proved to be a useful source of staff; in particular Ben Morris who was mentored by Mike many years ago and whose recruitment process was smoothed by Mike's glowing recommendation.

In recent years Mike's influence with Z/Yen has continued in many spheres, not least our 'smart ledgers' research (aka blockchain).

But more than being a trusted associate and colleague, Mike was a great friend of Z/Yen; in particular to founders Michael Mainelli and Ian Harris. Ian has written a personal tribute, which you can read through this link. At Z/Yen, Professor Mike Smith will be sadly missed and very fondly remembered.