A lovely contrast of old boat and new tech greeted seventeen Distributed Futures Forum members, this was perhaps our most participative event so far with a range of 'kit' from the HTC Vive SteamVR headset and computer rig, to Bushra Kelsey-Burge's Haptic Wear, and a Microsoft HoloLens. At points the surreality of people next to you experiencing a completely different, immersive reality such as "Trials On Tatooine", fighting off quixotic windmills perhaps, provoked a fair amount of laughter. And all the while we were on a 1923 Thames Sailing Barge, Lady Daphne. 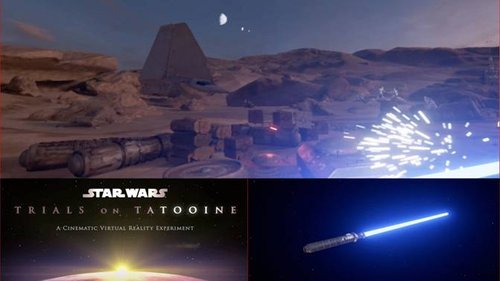 Bushra Kelsey-Burge is a designer and educator exploring body-centred interactivity. Her recent projects have explored VR and AR. She has degrees in Biochemistry from Imperial College, Fashion Design from London College of Fashion and Applied Imagination from Central Saint Martins and has had careers in technology in finance, sustainable fashion and lecturer of marketing at London College of Fashion as well as more recently working as a product developer on interactive projects in advertising. She presented “Second Skin - Portal To The Illusion Of Touch: Wearable Haptics In VR”.

Her argument was why leave out the largest sensory organ we experience the world with - the skin? VR has evolved from film media, so naturally visuals and sound have been the focus with all the other senses as a bolt-on afterthought but this is actually a divergence away from the way we experience the world. Having come from fashion, her natural approach has been from a second skin body-centred angle. She has been working on haptic projects the last few years to integrate with VR using soft circuits embedded into fabrics wherever possible. She explained her ElectroMuscleStimulation project and how it was iterated with gamers and feedback from tech shows. She also has another VR project explaining dark matter with interactive costumes and 360 film.

Bushra put people into her Haptic rig and then showed how she controlled their arm muscles, forcing wearers to clench and unclench their fists. All agreed, "weird"!!!

Tom Price works as an Assistant Director at the Department for Business, Energy and Industrial Strategy, where he specialises in helping to support transformational businesses seeking to develop and adopt both new business structures and emerging technologies. His professional background complements a personal, and perhaps more esoteric interest in the effect of technology on our economy and society, and an enthusiasm for some of the more extraordinary and speculative ventures in this space. Tom's presentation was “Seeing The Reality – Can VR Cross The Trough Of Disillusion?” His argument ran that Virtual Reality faces its first major test – can this transformative technology survive the approaching trough of disillusionment, and what will it look like if it does? Tom gave personal reflections on the global virtual / augmented / mixed reality (VR/AR/MR) industry, its relevance to the UK economy, and industry prospects over the next five years, including an exploration of the challenges the technology seems likely to face over that period of time, and how it might adapt and change in response to them. VR/AR/MR systems have the potential to change our world in ways that we are only just beginning to understand, but they may have to weather a storm of scepticism before their transformational effects can be realised.

All agreed, VR/AR/MR may be over the trough, but were divided on whether VR or AR had the upper hand. This divide was highlighted by the divide in affection for the HTC Vive (VR) and the Microsoft HoloLens (AR), about 50:50 all round.

We then adjourned for dinner and more fun & games, kicking off with our tradition of a relevant cocktail, in this case; what else but a Divine Delusion. We were joined by the Hyperion Club of polymaths for a great dinner discussion divided into three sections: