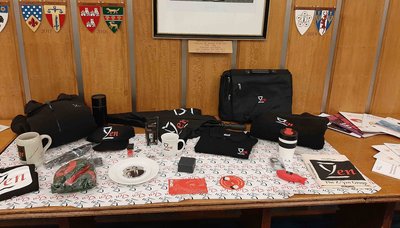 50 or so Z/Yen staff and alums gathered to help celebrate 25 years of Z/Yen. The display (left) of Z/Yen gimcrack across the decades provides but a small example of all that has been achieved in that time.

As Z/Yen's very own Michael Mainelli is Alderman & Sheriff of the City of London this year, we held the event in an unusual setting: The Old Bailey. Keen alums and staff, comprising just over half the guests, were given an Old Bailey talk and tour by Michael himself ahead of the festivities. 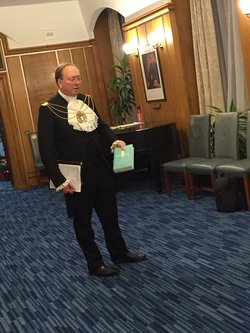 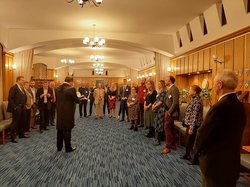 Michael's method has been described elsewhere as "aldermansplaning", a portmanteau term that probably needs no...um...explaining.

The tour group enjoyed sitting in and learning about the famous Court One, visiting the less famous but more functional Court Six, seeing the grand main lobby and some even ventured into the cells area where, mercifully, none of the guests were accidentally incarcerated on this occasion. 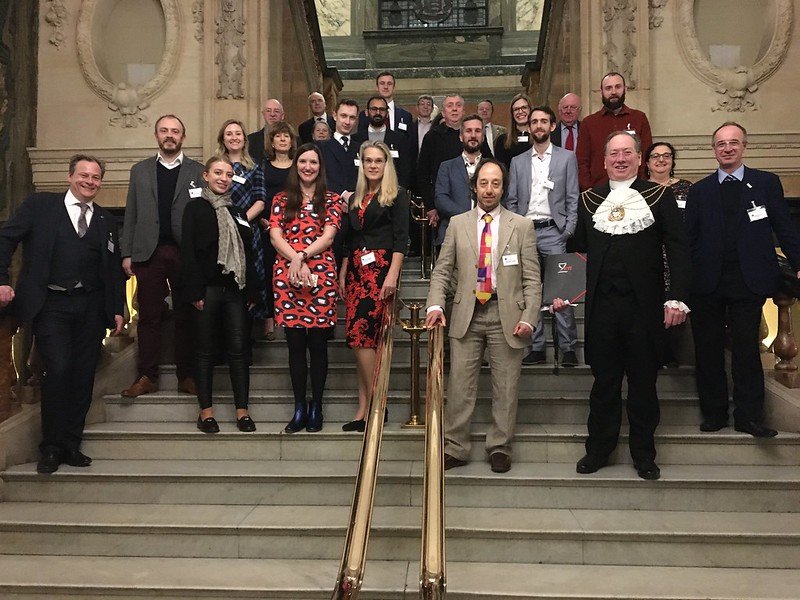 At the end of the tour, a group photo in which Michael made sure Z/Yen got some product placement. 25 years of Z/Yen, 25 years of promotion.

We joined the remainder of the guests for eating, drinking, chatting, talking, merry-making and singing. For reasons unexplained there seem to be no photos from the main event.

There is, however, a more comprehensive account of the evening on Ian Harris's Ogblog site, click here for the link, which includes links to Ian & Michael's two-handed "chronicle" of Z/Yen's origins, some more extensive blog pieces about that primordial history of Z/Yen and a link to the very first Z/Yen song. The song was reprised on this 25th anniversary evening with a far larger chorus than its previous rendition in 1994.

It was wonderful to have so many Z/Yen friends, old and new, gathered together in such numbers, to celebrate Z/Yen's silver jubilee.

The anniversary gathering was a super event, though we say so ourselves...but then, it darned well should have been. Z/Yen is, after all, pretty much in the business of organising superb events these days...amongst many splendoured other things.