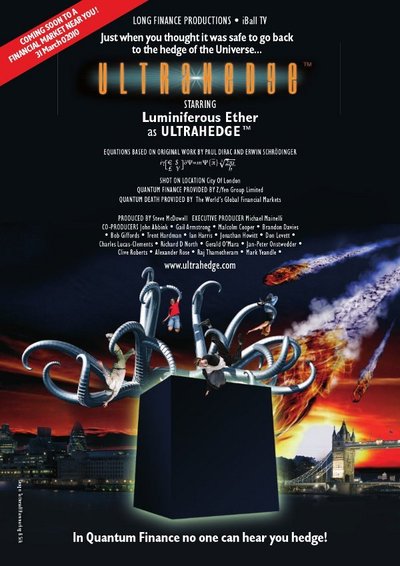 The film is an intense three minutes long and is now on global release. Plot synopsis: "Imagine a world devastated by financial crisis, one in which liquidity and debt are impossible to come by. It is a world created by greed, fear, finance, erratic mathematics, unpredictable weather and human existence. There is a way to fix it all, and it has been discovered and developed by large brains in white coats - Ultrahedge™."