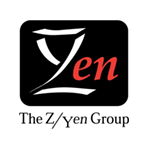 A top level discussion bringing together a Minister with responsibilities in international trade and an Alderman & Sheriff of the City of London with a University Chancellor, broadcaster, and former defence correspondent.

The UK has left its European anchorage and is intent on positioning itself differently and distinctly in a period when the world faces the economic and political consequences of Covid-19, globalisation is in retreat, and tensions among states competing for power, leadership and influence are growing apace, with instances of hybrid conflict already numerous and increasing.

The political, economic and social challenges to the UK demand ambition, capability, judgement and realism. The conversation on 10 July is designed to examine what Britain will need to do if it is to be a respected and successful power in a period of uncertainty, dislocation and risk.

The webinar will be introduced by the Chairman of Cityforum, Mr Marc Lee, who is guiding the Intelligent Defence and Smart Power series which is supported by the Ministry of Defence and Involving corporates including BAE Systems. This discussion opens the Global Britain, Polarisation and Hybrid Conflict project that is being developed over the summer and autumn.

Graham Stuart was elected as the Member of Parliament for Beverley and Holderness in 2005. He joined the Department for International Trade in January 2018 as Minister for Investment. In February 2020 he was appointed Minister for Exports. Graham was born in Carlisle. He attended school in Scotland before going to Selwyn College, Cambridge to read philosophy and law. At Cambridge he chaired the Cambridge University Conservative Association, and founded ‘What’s On in Cambridge’ After university Graham developed a successful career in publishing, and was a member of Cambridge City Council from 1998 to 2004.

Kate Adie grew up in Sunderland and gained her BA from Newcastle University where she read Swedish. She became a familiar figure through her work as BBC Chief News Correspondent. She is considered to be among the most reliable reporters, as well as one of the first British women sending despatches from danger zones around the world. Kate is also the long-serving presenter of Radio 4’s From Our Own Correspondent and a presenter or contributor to many other radio and television programmes. As a television news correspondent, Kate’s memorable assignments include both Gulf Wars, four years of war in the Balkans, the final NATO intervention in Kosovo and elections in 2000; the Herald of Free Enterprise disaster at Zeebrugge, the massacre at Dunblane, the Selby rail crash, the SAS lifting of the Iran Embassy Siege in London, the Bologna railway station bombing and the Tiananmen Square protest in Beijing in 1989. She has served as a judge for the Orange Prize for Fiction, now the Bailey’s, and the Whitbread, now the Costa Prize, and recently, the RSL Ondaatje Prize. Kate has also served as a trustee of the Imperial War Museum and is a trustee of Sunderland Football Foundation. Kate has honorary degrees from universities including Newcastle, Bath, Nottingham, Cardiff and St Andrews and is Honorary Professor of Journalism at Sunderland University. Kate was honoured with a Bafta Fellowship in 2018.

Marc Lee read History at Oxford, and afterwards spent a period of time at the United Nations, writing a book on UN peacekeeping and editing a second volume on the same subject. This was followed by an appointment as a Defence Lecturer at Southampton University, where he worked for several years in Military Service education before being head-hunted by the Financial Times where he undertook roles as Conference Director, Managing Director of FT Business Enterprises and later worked as an adviser. During a twenty-year career he travelled the globe, developing and opening FT global events, leading training programmes as well as working in a high-level advisory role.

In 1990 he set up Cityforum and devised and hosted the Adam Smith Bicentenary celebration for the Scots and has ever since been engaged in top-level forums and analysis of political, economic, defence and security and wider public policy questions. Cityforum works on a continuing basis with government departments and agencies and with private sector companies in the UK and abroad, developing practical, outcome-focussed round table discussions and undertaking bespoke advisory projects and 'candid friend' functions.

Madeleine Moon was an MP until 2019 and represented the Bridgend constituency in South East Wales at Westminster from 2005. She served on several select committees, joining the Defence Select Committee in 2009. During her time as a member, she chaired two sub-committees, producing reports on the safety and welfare of Armed Forces personnel on training exercises and defence in the Arctic. Madeleine was elected as President of the NATO Parliamentary Assembly in November 2018 and was a member of the UK Delegation to the NATO Parliamentary Assembly from 2010, serving as a member of the Defence and Security Committee. Madeleine is playing an active role in the Cityforum defence work which has been supported by BAE Systems.

Professor Michael Mainelli FCCA FCSI (Hon) FBCS, Executive Chairman, Z/Yen Group, is a qualified accountant, securities professional, computer specialist, and management consultant, educated at Harvard University and Trinity College Dublin. Michael gained his PhD at the London School of Economics where he was also a Visiting Professor of Innovation & IT. Michael is Emeritus Professor, Fellow, & Trustee at Gresham College where he created the London Finance initiative asking “when would we know our financial system is working?” His third book, The Price of Fish: A New Approach to Wicked Economics and Better Decisions , won the Independent Publisher Book Awards Finance, Investment & Economics Gold Prize. Michael is an Alderman and Sheriff of the City of London 2019-2021.