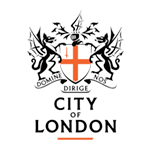 Today sees the release of a new report which gives a fascinating insight into the fight against Money Laundering. Commissioned jointly by the Corporation of London and the Institute of Chartered Accountants in England & Wales, and carried out by Z/Yen Limited, the main findings are:

The effectiveness of the efforts against money-laundering can be enhanced by closing regulatory and communication gaps. Areas of communications which, if improved, could yield significant results in terms of practicality and effectiveness include: