Z/Yen and the China Development Institute (CDI) host a regular series of open discussions on technology and financial futures. This event is going to explore how to make the global energy system more sustainable, inclusive, and resilient​ by looking to develop a Renewable Energy Internet with the right financial interconnectors. Renewable Energy Internet thinking has emerged strongly from central Asia, where landlocked countries such as Kazakhstan want to connect their renewable generation to an energy market largely based on shipborne fossil fuels. 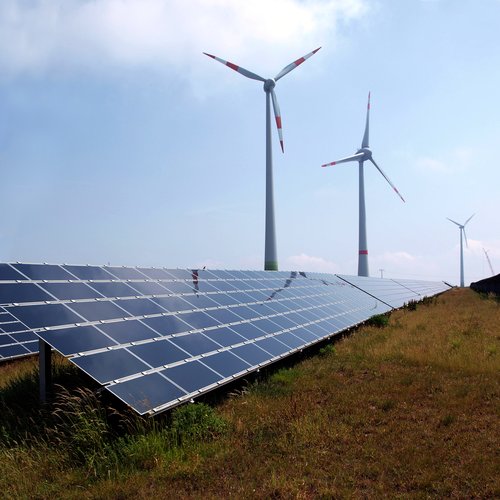 While many thinkers see the future as 'electric', much of this has been based on national grids. Meanwhile, heavy industry, aviation, and shipping need to consider both hydrogen and ammonia to become more sustainable​, as 'new nuclear' such as small modular reactors also gain the attention of forward thinkers. Finance and financial centres have a significant role to play in providing smooth, liquid, and efficient markets allocating money, resources, and energy. However, the existing international energy trading market is inefficient, largely paper-based, and unable to fulfil the types of services a Renewable Energy Internet requires.

This webinar will explore what can be done jointly by financial centres to provide better energy markets from simplification of contracting, standardisation of documentation, creation of central clearing & counterparty services, or combining foreign exchange and energy trading contracts.

Professor Alexander Van de Putte PhD FCG CDir FIoD is Chief Strategy Officer, Chairman of Corporate Governance & Stewardship, and Chairman of the Academic Council of the Astana International Financial Centre. He is also the Chairman of the Board of the AIFC Bureau for Continuing Professional Development (BCPD) and an independent director of the AIFC Authority and of Eurasian National University. At IE Business School, one of Europe’s top business schools, he is Professor of Strategy and Strategic Foresight.

In December 2020, he was awarded with the high state award - the order of Dostyk of Degree II by decree of the President of the Republic of Kazakhstan.

Previously, Professor Van de Putte was a Member of the Board of the National Investment Corporation of the National Bank of Kazakhstan, a Managing Director with the Kazakhstan Development Bank, Principal Advisor to the Deputy Prime Minister of Kazakhstan, Senior Director and Head of Global Practices with the World Economic Forum. At Shell, Alexander was the Senior Strategy and Portfolio Advisor to the Chairman and the Committee of Managing Directors. Prior to Shell, Alexander was Executive Director and co-leader of the shareholder value practice at PricewaterhouseCoopers. At McKinsey, Alexander was a core team member of the European Corporate Finance and Strategy Practice.

Alexander is an economist and engineer by training. He holds advanced degrees in Management and Decision Sciences from Boston University, was a BAEF Fellow at Harvard Business School, holds a PhD in Applied Economics (Strategy & Finance) from the University of London, a Doctorate in International Relations from the Geneva School of Diplomacy, and a PhD in Engineering (Complex Adaptative Systems) from Cambridge University. He is a Chartered Director and Fellow of the Institute of Directors, a Chartered Governance Fellow with The Chartered Governance Institute, and a NACD Governance Fellow & Board Leadership Fellow. He is also a member of the Singapore Institute of Directors, an academic member with the European Corporate Governance Institute and also holds the Financial Times Non-Executive Director’s Diploma and the Stanford Directors’ Consortium Certificate.