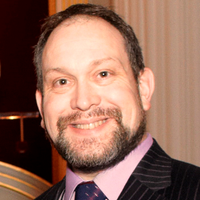 Simon Mills began his career by working as a field botanist on Cloud and Elfin rainforest in Northern Costa Rica. His subsequent career encompassed minerals and highways planning, environmental management systems and sustainable development. In 2000 he became environmental co-ordinator for the City of London, where he established the National Sustainable City Awards and worked on carbon trading, socially responsible investment and climate risk. Following a secondment to Defra in 2010, where he was responsible for establishing the Local and Regional Adaptation Partnership for England, he returned to the City of London as Corporate Policy Manager and Head of Sustainable Development.

Since joining as a Z/Yen Associate, Simon has worked on mutual distributed ledgers, standards, sustainable business, and policy performance bonds.