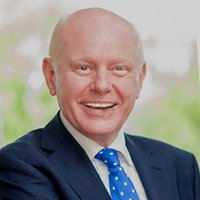 Mark Yeandle is the lead author and co-creator of the Global Financial Centres Index (GFCI). Prior to joining Z/Yen in 2002, Mark's background was in consumer goods marketing and he has held senior marketing management positions at companies including Liberty, Mulberry, Sanderson and Carlton. Mark has also worked as an interim manager and helped project manage four successful company turnarounds. His experience includes launching new brands, company acquisitions & disposals and major change management programmes.

Mark has a degree in business management and an MBA from Cass Business School where he specialised in Economics and Corporate Finance. He is a Fellow of the Chartered Institute of Marketing. Mark has also been involved in several not for profit organisations through his involvement with City Livery Companies.

Mark has also been involved in many of Z/Yen's recent projects including an Anti-Money Laundering research project commissioned by the City of London Corporation and the ICAEW. He was project manager of a large research project into the use of PropheZy — Z/Yen's support vector machine for Best Execution Compliance Automation — the output of which was published in The Journal of Risk Finance as Best Execution Compliance Automation, Towards An Equities Compliance Workstation and Best Execution Compliance, New Techniques for Managing Compliance Risk. Mark has also conducted a piece of research evaluating competitive stock exchange systems and carried out portfolio analysis for a leading charity. He recently helped evaluate the use of PropheZy in increasing the response rate to charity fundraising mailings. Mark also developed a role playing game which demonstrates the politics of climate change negotiations. This was written up as part of the London Accord.

He was project manager for the research project funded by the Corporation of London in the Competitiveness of London as a Global Financial Centre and during 2007, Mark project managed the creation and publication of the GFCI. The GFCI has been published every six months since March 2007 and Mark has been the project manager and lead author of the GFCI since its inception.

As a result of his research into what makes financial centres competitive, Mark is regularly interviewed on international television and radio and has spoken at many international conferences in centres such as Bogotá, Busan, Casablanca, Cayman Islands, Edinburgh, Istanbul, London, Montreal, Moscow, Seoul, and Shenzhen. Mark has conducted in depth research studies into all the centres mentioned above and others including Casablanca, Copenhagen, Doha, Dubai, Guernsey, Jersey, Shanghai and Toronto.