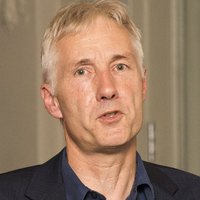 Dr Kevin Parker started his career with a bang by blowing up a laboratory at the University of Cambridge while studying for his Ph.D. Some 40 years later, he runs a training and consultancy company helping start-up companies and individuals achieve their promise. He has completed 500 assignments in this area since 1995. His company’s clients have included 19 Russell Group Universities, the Royal Society of Edinburgh, departments of both the UK and Scottish Government, and the Episcopal Church of Scotland.

During this time, he has won awards for industrial research at British Petroleum, sold oil to the Arabs, privatised Science Institutes in Romania, been an interim manager at the Roslin Institute, delivered finance training to accountants, devised and delivered Undergrad and Post-grad courses at Edinburgh University, learned polite words of greeting in Slovenian, trained over 2500 students in transferable/business skills, run 22 Cub Scout camps, and been an award winning mentor for the Princes Trust.

He has been a long standing collaborator and Associate of Z/Yen since its founding, working on technology, energy, finance, and green projects for a variety of major commercial and NGO clients. In 2001 he co-authored a peer-reviewed paper with Professor Michael Mainelli ‘Great Mistakes in Technology Commercialisation’ critically examining the obstacles around getting new technology to market. This influential paper is still being cited in 2019-20.

In 2009 he provided the science input to the first Z/Yen paper on Green Finance and Policy Performance Bonds - ’Gilty Green Government’. This concept is perhaps an ‘idea whose time has come’ as Governments contemplate Green Policy Initiatives in the run-up to the UN Climate Change Conference COP26.

Kevin has Chemistry degrees from Edinburgh and Cambridge Universities, is a Chartered Chemist and Fellow of the Royal Society of Chemistry, and has an M.Sc/MBA from the Sloan Fellow of London Business School.