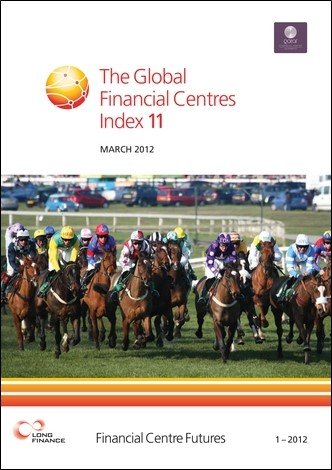 The Causes And Consequences Of The Recent Turmoil In Gilt Markets: A Submission In Response To The Work And Pensions Committee’s Call For Evidence

GFCI 11 was published in March 2012 as part of the Financial Centre Futures publications.

GFCI 11 now covers 77 financial centres, with Malta and Johannesburg being new to the index. The past trend of large rises in the ratings of Asia/Paciﬁc centres has paused in GFCI 11 with Hong Kong, Singapore, Tokyo, Shanghai, Beijing, Taipei and Shenzhen all declining. We believe, however, that these results in Asia are just an interlude in the long-term trend of the increasing importance of the region rather than a fundamental change in fortunes. The recent crisis of the Euro has changed the balance of interest within the Eurozone. The capital cities of the weaker Euro economies are clearly suffering. Dublin, Milan, Madrid, Lisbon and Athens were all down in GFCI 10 and this decline has continued in GFCI 11. On the other hand, several offshore financial centres have begun to recover from the reputational damage they have suffered over the past four years.