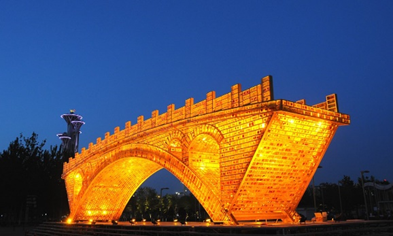 Z/Yen was delighted on 1 May 2019 to welcome over 250 people to a major conference, "Belt, Road & Bridge: Creating New China-Europe Connections", at the Honourable Artillery Company in the City of London. Our special guests were China Development Institute, who have been a major partner in the production of the Global Financial Centres Index since GFCI 20 in 2016. The purpose of the conference was to make new connections, 关系 guānxì, in light of the Belt Road Forum For International Cooperation in Beijing the weekend before, 25-27 April, as well as looking past Brexit to new UK and European connections with China. The idea was to explore current developments in finance and trade of interest to both China and Europe and, in so doing:

The conference had a strong welcome by the Rt Hon Mark Field MP, Minister Of State For Asia And The Pacific At The Foreign & Commonwealth Office. Mark made a number of salient points on the importance of China and the 'fee pool' of the City of London. He pointed out the significance of holding such a conference on 1 May, a date chosen as International Workers' Day by a pan-national organization of socialist and communist political parties to commemorate the Haymarket affair, which occurred in Chicago on 4 May 1886. His remarks on economist David Ricardo were picked up at many points throughout the day, i.e. that Ricardo lived when things were clear about 'political economy'. Today, the artificial academic separation of economics and politics is increasingly hard to sustain. We are back to recognising that our analysis is 'political economy'. We cannot make economic observations without political implications, nor are there many political moves that do not have economic implications. Mark pointed out the importance of the UK of maintaining liberal investment policies, a strong and open international centre, and working within cooperative international intellectual projects. Mark's remarks were then followed by four sessions.

Session 1: The New Silk Road – Economic Prospects For Trade Between China And Europe

The overall theme was that China was 'opening up' yet further for a variety of reasons, savings glut, trade wars, improvement throught competition. There were good questions about 'who is excluded' from Belt Road, if anyone. There were some fascinating observations, such as people needing to move from almost wilfully 'not knowing about China', the need to distinguish trade from globalisation, and the challenges of a world moving slightly towards bilateralism rather than the multilateralism of the traditional WTO, World Bank, IMF structures. Two challenges were highlighted, the increasing pressure on the WTO needed to be eased, and the increasing demands on export credit guarantee facilities needed to be satisfied.

From the floor, Lord James Sassoon, who had been at the Belt Road Forum, noted that China was clear about the criticisms of the Belt Road Initiative and pointed out its desire to address the over-indebtedness, environmental, standards, tranparency, and corruption issues. This stated clarity was refreshing. Lord Sassoon pointed to the importance of ASEAN and the vital role Hong Kong was paying in 'bridging' cultures.

Michael Mainelli ended the session pondering how the UK might achieve 'Briskit', a quick resolution of either leave or remain that allowed the UK to get moving and engaged with China soonest.

The group touched on current developments in the regulation of finance and trade, challenges and solutions, and balancing risk and reward. John Adams stressed the need to learn from past mistakes. Ms Dong was effusive about the positive use of trade. Sir Mark placed weight on the point that it was more than just 'getting the rules right', it was also the structure and environment surrounding regulation and the rule of law. Emma supported the idea that China and Europe both had elements each other should adopt.