Cash Is Not The ‘Horse Cart’ Of Payments. It’s The Public Bicycle 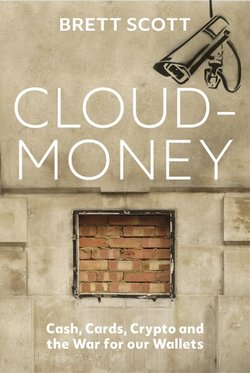 Cities like London are rapidly falling into dependence on so-called cashless payments, but the term ‘cashless’ is but a euphemism for the payments infrastructure run by the banking sector, Visa, Mastercard and Big Tech, which exists to move privately issued bank-money around. This shift away from government-issued physical cash to bank-issued digital money is traditionally presented as a natural and inevitable change driven from the bottom-up by the public, while cash is presented as the ‘horse cart’ of payments – an old, inefficient and dangerous form of money in the process of being upgraded to something more advanced and convenient. That’s the official story at least.

In this talk, Brett Scott, author of Cloudmoney: Cash, Cards, Crypto and the War for our Wallets, will show why the official story is extremely dodgy. Not only has the cash system been attacked from the top-down for decades, but cash is far more like the ‘bicycle of payments’ and is crucial for retaining a balance of power in our monetary system. A cashless society is not an upgrade – it’s an enclosure we need to fight.

Brett Scott is a journalist, campaigner, monetary anthropologist and former financial broker. He is the author of Cloudmoney: Cash, Cards, Crypto and the War for our Wallets (2022), and The Heretic's Guide to Global Finance (2013). He’s written for publications like Business Insider, The Guardian, New Scientist, Huffington Post, Wired Magazine and CNN.com, and has appeared in a wide range of TV shows, radio broadcasts and documentaries. He’s a Senior Fellow of the Finance Innovation Lab (UK), an Associate at the Institute of Social Banking (Germany), and was a winner of the 2016/2017 Ethics and Trust in Finance Global Prize. He publishes the Altered States of Monetary Consciousness newsletter and tweets as @suitpossum