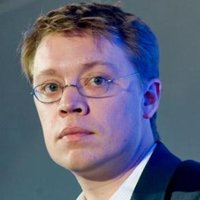 Alex Evans is based at the Center on International Cooperation (CIC) at New York University, where he heads CIC's research program on climate change, resource scarcity and multilateralism. Among his current and recent areas of work are:

Alex also edits GlobalDashboard.org, a blog on global risks and foreign policy; all of the above publications are available here.

Prior to joining CIC in 2006, Alex was Special Adviser to the Rt. Hon. Hilary Benn MP, then UK Secretary of State for International Development, where he worked on issues including climate change, UN reform, governance in fragile states and the UK's 2005 G8 agenda. Before joining DFID he was head of the climate and energy research program of the Institute for Public Policy Research in London. He is married and lives in London.